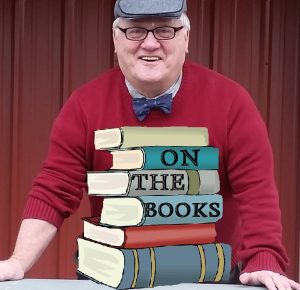 I started to play chess over 60 years ago. I will continue to play as long as I can set up the pieces. I am not a super player for sure, but I can play a solid game. Chess has made a significant difference in my life. I am a better teacher because I play chess.

I started to play when I was about 8 years old. The older kids on my block taught me how to play so that they had someone to beat. They defeated me for quite awhile but I got better each time I played a game. I still remember like it was yesterday the first time I won a game. I ran off Hankey Pauley’s front porch all the way down the street shouting and yelling to tell my mother!! I was so happy! 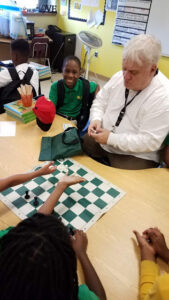 It made me want to read books about chess. There were a few books in the local library and all the kids on the street fought over them. We all got chess sets to play with, most of them cheap plastic designs with hollow pieces and masonite boards. I filled my pieces with plaster of paris so that they were heavy enough to stay on the boards outside in the wind. I used to read Treasury of Chess Lore under the covers with a flashlight after lights out.

Next my friends and I wanted to learn more so we all signed up at the Buffalo Museum of Science for chess lessons. We all gathered together every Saturday morning and rode the city bus across the city to the museum. In the winter we brought out snow saucers with us and rode them down the  large hill that was being built for the new City Expressway. It was wonderful. Everything was about chess and no one was telling us what to do. We learned to take care of ourselves.

I will always remember my chess teacher from the Museum. He only had three fingers on his move hand (no thumb) and used to throw the pieces – it seemed – across the board but they all landed where they were supposed to be. We played every Friday night at each other’s houses and every Saturday Morning at the museum. We took turns. 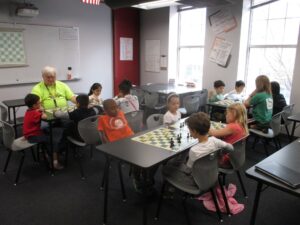 After the museum we all wanted to go to the Queen City Chess Club in downtown Buffalo, NY. I didn’t go. My parents didn’t want me to go down there on Friday night so they offered me a new catcher’s glove in lieu of the dues to the club. Baseball was my other love (girls were coming) and I sort of deserted chess for it. I ignored chess for a few years but I never forgot it.

I rediscovered chess in high school and made the school team in senior year. I watched Johnny Bench play his first game in Buffalo and knew I was never going to be a major leaguer. I joined the USCF at 19 and finally became a member of the Queen City Chess Club. I still watch baseball but I play chess!

Register now for Sessions 2-6 of Saturday #Chess Kids: https://chessctr.org/chesskids/ Classes are held on four select Saturdays each session from 10-11:30am in Silver Spring, MD. Chess kids is for grades K-6 and all levels are welcome. Through Chess Kids, we make learning chess fun!