The U.S. Chess Center was pleased to run a during-school chess class this past year for students in grades 6th through 8th at John Philip Sousa Middle School in Washington D.C.’s Ward 7.  More than a dozen students participated in chess class each week as part of the school’s Social and Emotional Learning (SEL) elective program and became enthusiastic players.  So much so that when a school closure was announced for the same day as our weekly chess class, Ms. Edmonds (who hosted chess in her classroom for us each week) reported that the students were disappointed to miss chess class, adding, “That is the first time I have EVER seen students unhappy about school being closed. Your chess class has surely made a positive impact on them!” 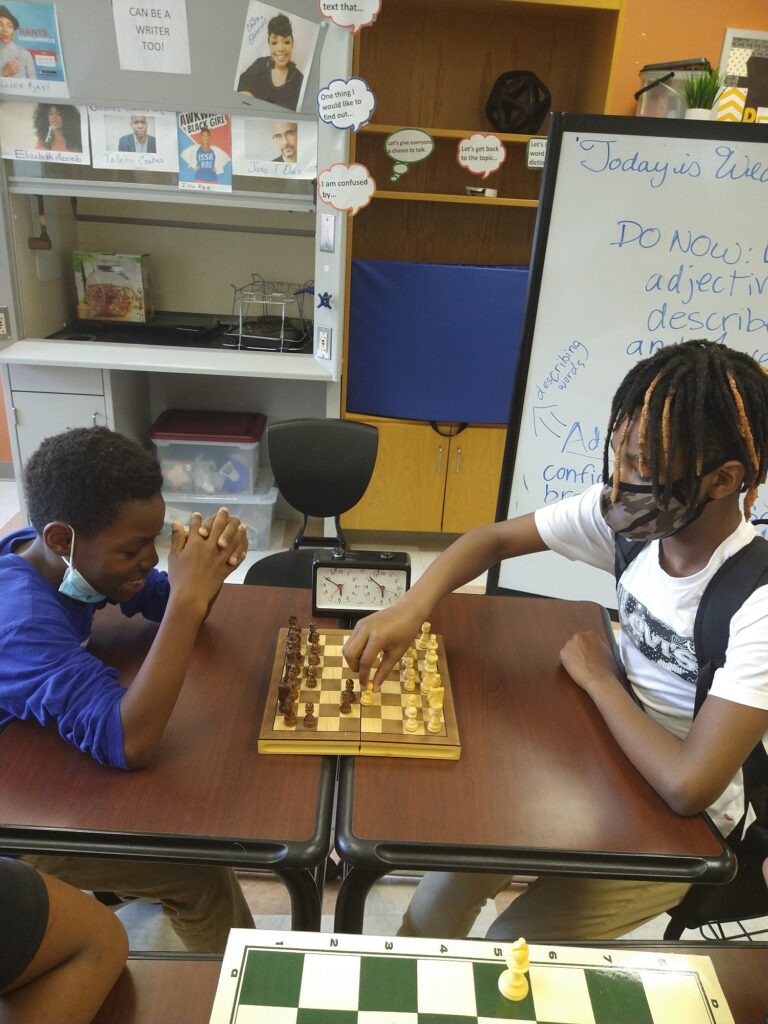 A special thank you to Ms. Chiba Edmonds for allowing us to host chess in her classroom each week, and thank you again to the DC Housing Finance Agency, Share Fund, and all our donors for their financial support which enabled us to supply the equipment and offer chess class at Sousa at no cost to the students or school.