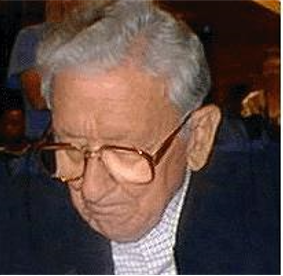 Oscar Shapiro set the record for being the oldest person in the U.S. to earn the title of chess master when he accomplished that feat at age 74 in 1984.  While some note that he was playing at a master level before the rating and title systems were established, a better perspective is that he was playing at the master level at an age when most players had retired from competitive chess.

Born March 18, 1909, died January 1, 2002, at age 92, Mr. Shapiro was a gentleman both at the chess board and away from it.  He rarely criticized anyone, and nobody had reason to criticize him.  A supporter of the U.S. Chess Center, Mr. Shapiro not only contributed financial resources to support our mission, he also donated items displayed in the U.S. Chess Hall of Fame when it was in our headquarters in Washington.

Mr. Shapiro gave the Chess Center an original signed scoresheet of Bobby Fischer (Wolfgang Uhlmann – Bobby Fischer, November 8, 1966, played at the 17th Olympiad in Havana, Cuba), which was displayed in the Bobby Fischer section of the Hall of Fame, and an original Book of the Chess Congress, published in 1859 about the 1857 First American Chess Congress, which was displayed in the case with the silver service set Morphy accepted as the winner of that event. 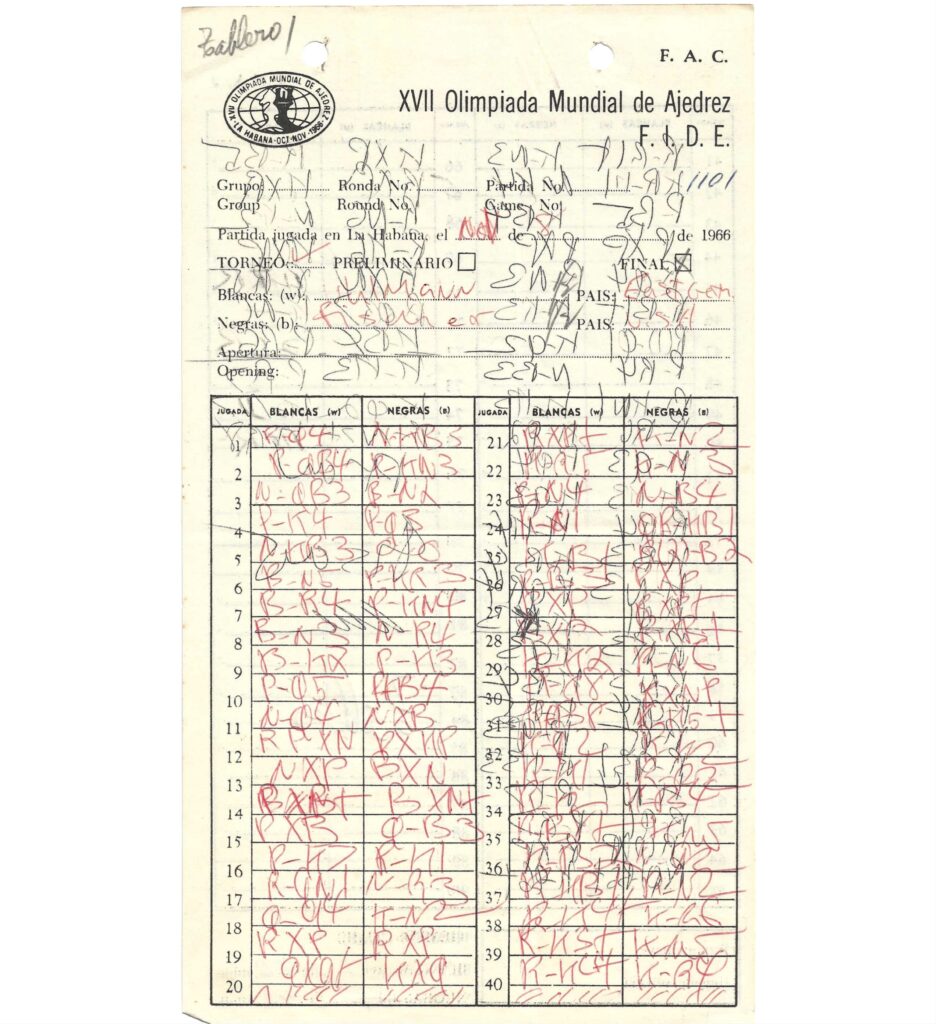 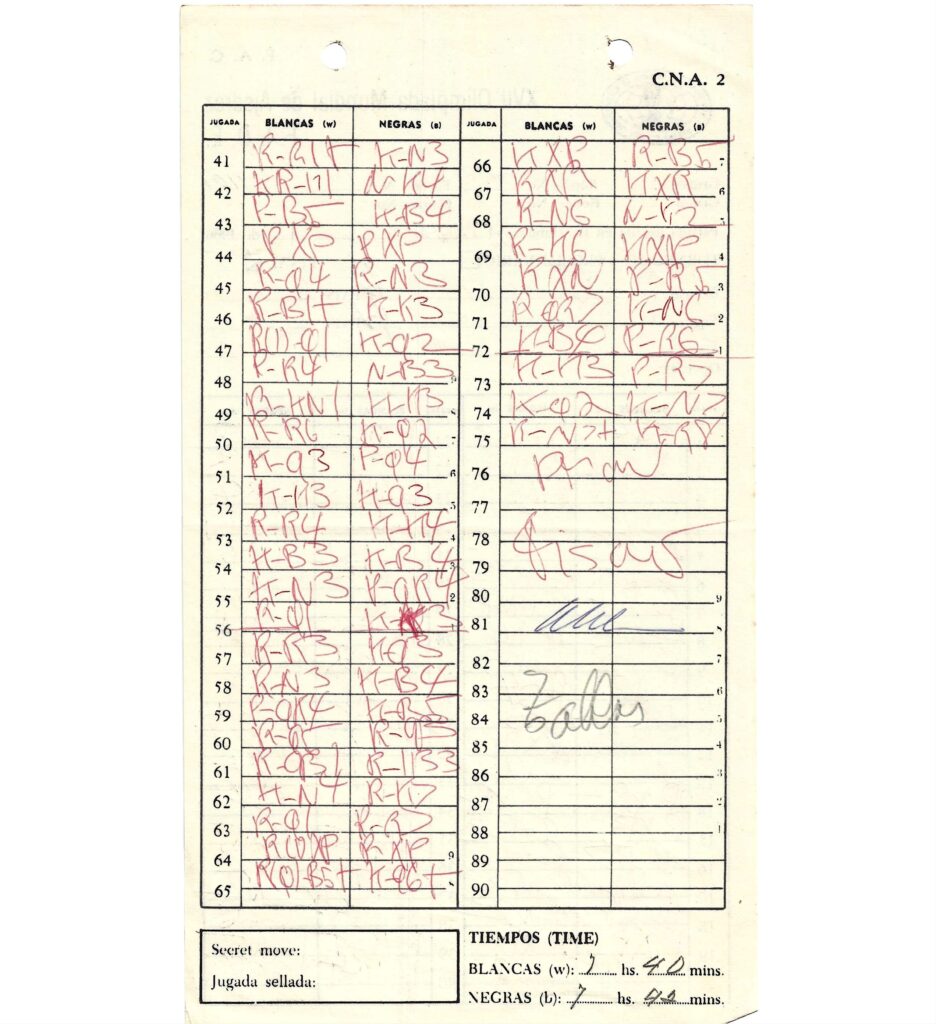 Above: the front and back of the Fischer scoresheet that Oscar Shapiro donated to the Chess Center for display.

Oscar Shapiro won the District of Columbia Championship three times, in 1946, 1948, and 1994. Coming to Washington from Boston, Massachusetts, where he had been state champion, he was already known as a tournament veteran.  In 1941, he was deemed worthy to play in a simultaneous exhibition with former World Champion Emanuel Lasker.  Mr. Shapiro came to Washington to work for Western Union and immediately became a fixture of the tournament chess scene, but much of his chess was played following his retirement.  He would travel the world with friends Denis Strenzwilk and Stuart Wagman, competing in events in Europe and the Caribbean. 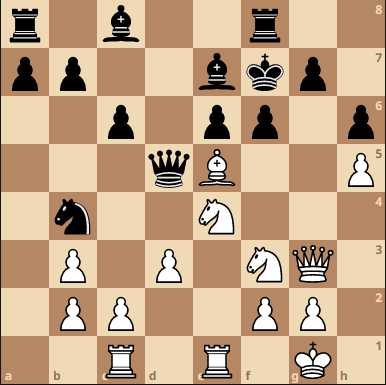 This position is from one of Oscar Shapiro’s tournament games, played in Massachusetts in 1999 against Bill Turner.  How does White, to move, take advantage of the weak light squares around Black’s king?

Linked here are all of Mr. Shapiro’s games that we could find, including some gems that we have not seen published elsewhere. If you have others, please send them along.